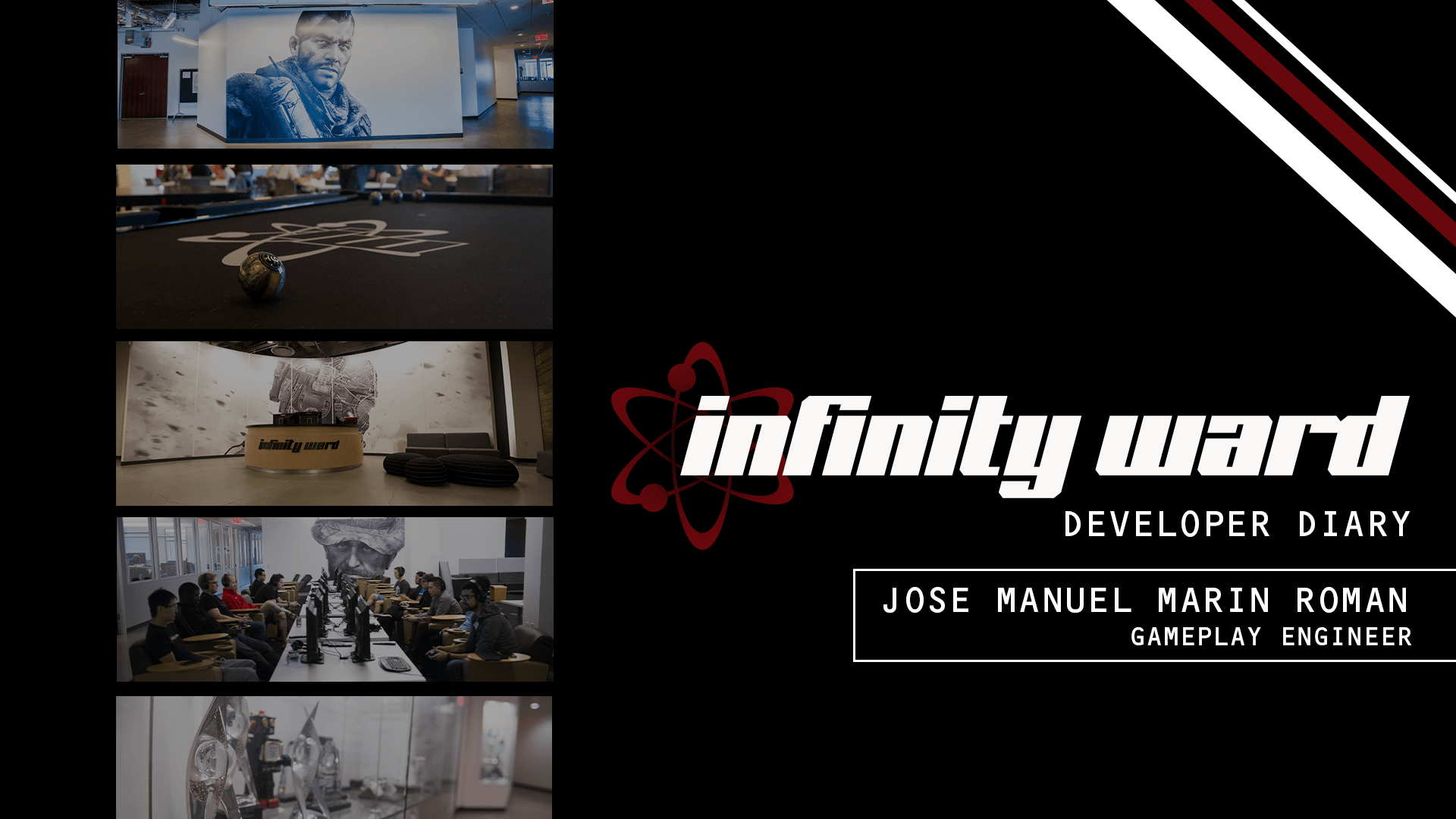 In this installation of Developer Diary, we get to meet Jose Manuel Marin Roman - Gameplay Engineer. Responsible for the coding behind some of the killstreaks and vehicles, Manu has had a huge part in building the Modern Warfare and Warzone experience. Especially so, if your experience includes cruising through Verdansk on your ATV. Read on to learn about his path to game development and his advice for up and coming developers.

I am Jose Manuel Marin Roman, Gameplay Engineer at Infinity Ward, although they call me Manu.

I have written some killstreaks and the vehicles simulation C/C++ code for Modern Warfare and Warzone, among other cross-discipline pieces of code. Tanks, APC, Wheelson, Cruise Missile, ATV, Jeep, Cargo Truck, Tac Rover and their cameras, have been my close friends over the last three years.

I consider gameplay engineers at IW to be “generalists”, although in my case I have been focused mostly on working closely with the physics, gameplay and networking code for Modern Warfare and Warzone.

I’ve worked in multiple industries and countries before joining Infinity Ward. I have done real-time 3D graphics, mail antispam filtering, and Q&A automation. I worked on a social network similar to Facebook when this wasn’t invented yet. We created an educational video game to learn Spanish. I have also worked for the Military and Simulation industry and the critically acclaimed middleware Havok, owned by Microsoft. The latter position led me to my current one here at IW.

I try to spend quality time with my family, and I play mostly shooter and action videogames. Work out and read novels from time to time and of course I love movies, I have a huge collection.

What have you been working on recently?

Improving the driving experience in Warzone and fixing bugs.

Don’t get overwhelmed by the amount of information, papers, conferences, tech talks, articles, math, etc. out there when you try developing something. Make a small game from the beginning to end. Start with something simple but do everything by yourself to learn the processes and inter-discipline development. I wouldn’t even use an engine but try writing all the code yourself. And finish it, no matter how lame it might appear to you. Researching something is ten times easier and rewarding when you first tried and succeeded, even on a small scale.

I used to see game developers, especially engineers at AAA companies like demigods or something that I could never aspire to do. Well, now I think it’s more about hard work, perseverance and motivation than anything else. I suspected this before, but now I know it.

Also, every time a leader or company would reward me in some way or another, it was usually due to my hard work and responsibility, not necessarily how smart, clever or genius the outcome might have been.