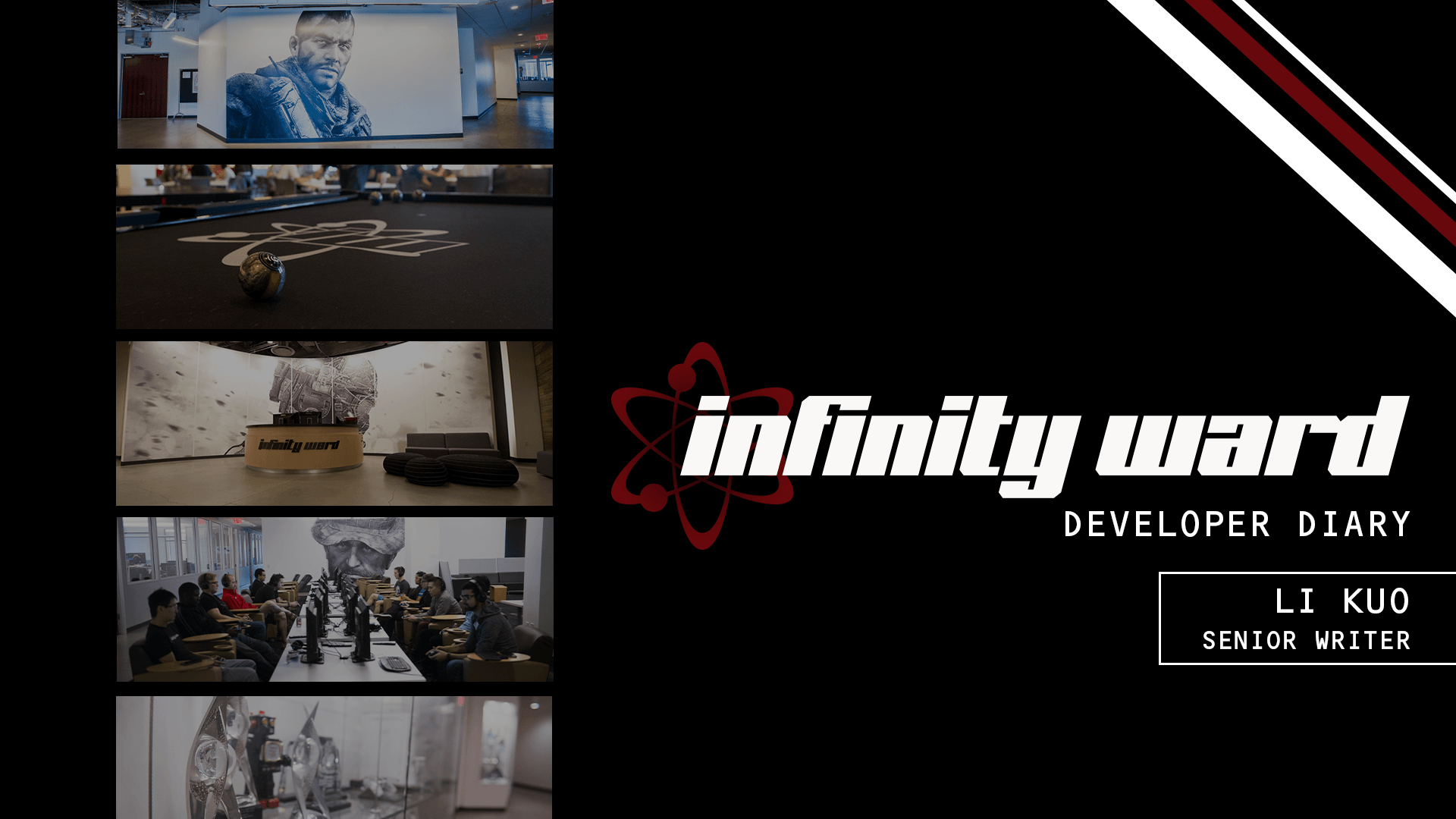 Check out this week's Developer Diary where we meet up with Li Kuo, Senior Writer here at Infinity Ward. After spending time as a games journalist and community manager at various studios, he's now joined the Infinity Ward Writing Team just a few weeks ago! Read on to find out about his journey, his hobbies and his advice for aspiring writers.

My name is Li Kuo. I’m a Senior Writer here. I write stuff.

I joined Infinity Ward less than two weeks ago, so this is all very new and exciting for me. I took a fairly roundabout path to get here. I started off as a game journalist at PC Gamer magazine, then wrote for G4TV and IGN/GameSpy. I ended up being a community manager at Ubisoft Shanghai and UbiSF. By the time I got to Ubisoft Montreal, I left community management and went into writing full-time. Since then I’ve also worked as a writer at Telltale Games, Monolith Productions, and WB Games Montreal.

I game, obviously. I enjoy cooking, eating out, and exploring cities. Oh, I also like hiking, going to movies, writing, and hitting up the local shooting range (come on, I work on Call of Duty). I guess my free time is pretty varied.

What have you been working on recently? Do you have a recent piece of work you are most proud of?

My most recently released project was Middle-earth: Shadow of War. I basically spent two and a half years writing dialog for angry Orcs trolling players. Sadly, I can’t talk about what I worked on at WB Montreal as that game hasn’t been announced yet, but I can’t wait for it to be released.

Write. Re-write. Re-write again. Have solid samples you can give to folks. Familiarize yourself with screenwriting format. While there is no game industry standard of what game script should look like, most studios use this format to one degree or another. Write your own branching narrative on Twine or find friends or an indie group that needs a writer and see what you can do for their game. Show that you can do the job.

How you say something is just as important as what you are saying. If you have a good idea, let it show in how you talk about it. Don’t apologize for having ideas.