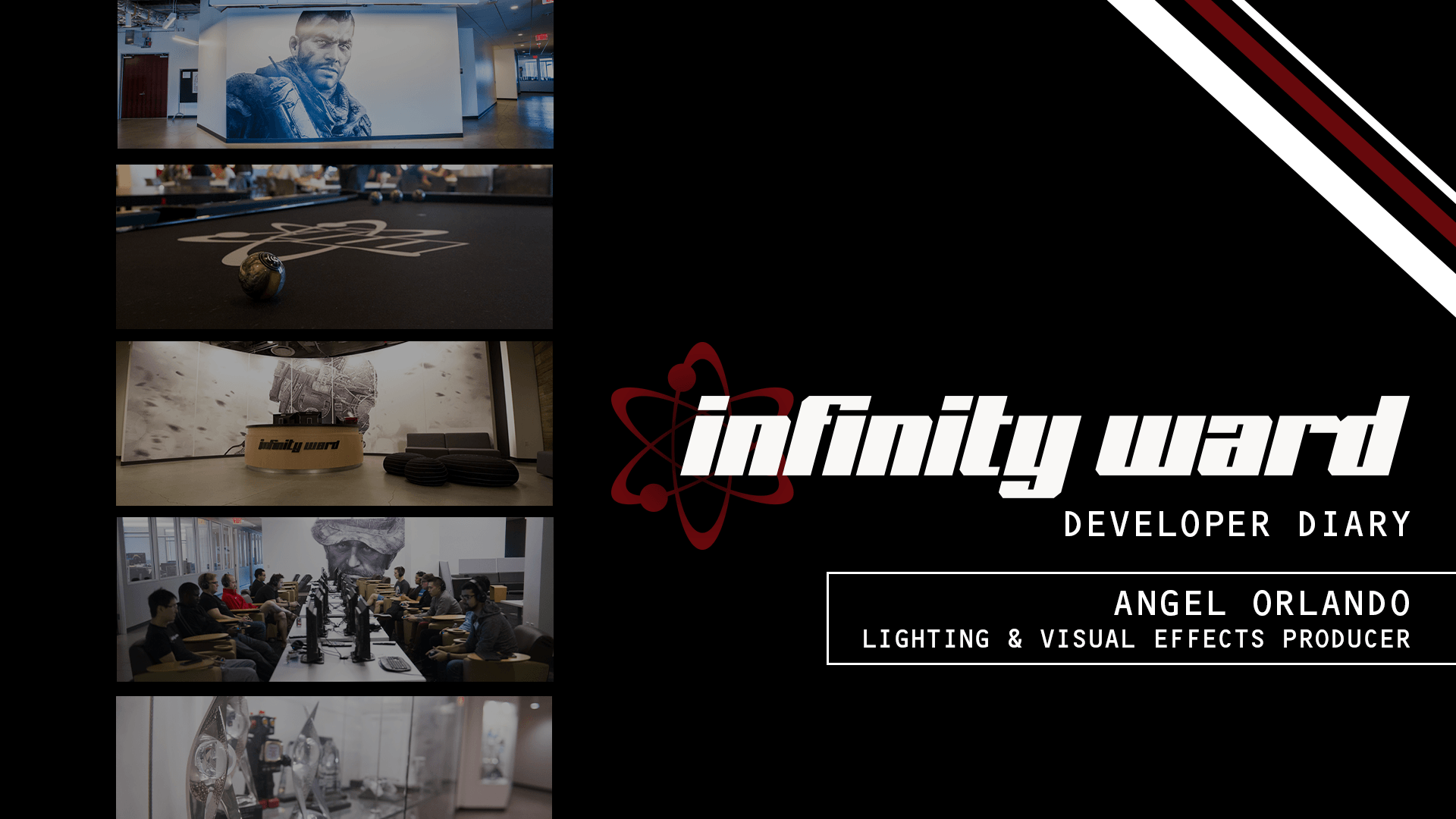 In this week's installment of Infinity Ward Developer Diary, we get the chance to meet Angel Orlando - Lighting and Visual Effects Producer. Keep reading to find out more about his path into the games industry by way of TV and film production work!

Hey! My name is Angel Orlando and I am the Lighting and Visual Effects Producer at Infinity Ward.

I came onto the team April 1st of 2019 to help close out Modern Warfare 2019 and Warzone, just before this I was working for Weta Digital on Visual Effects and Animation Teams On-Set for James Cameron's Avatar 2 & 3.

I have always been a huge gamer so even outside of work I'm still gaming, haha. I love working out and staying in shape. But whenever I can, I'm gaming and checking out all the amazing work other studios are doing and how the industry is progressing and get inspiration of how to bring the latest and greatest to the projects I'm working on.

Describe a recent piece of work you are most proud of.

I mean it would be impossible not to say Warzone right now!  It was so cool to be part of something so massive and ambitious that the studio hadn't done before. It wasn't easy trying to balance all the modes of Modern Warfare along with Warzone and we are still going now, but man it is definitely a sense of pride when I log in from home and jump into a game and see what we've all been working towards.

Don't be afraid to take risks and never give up. Getting into the industry initially is tough for sure, I personally started off in very basic roles on film and TV set's doing real small production work and then eventually started working in production engineering jobs for a little bit networking my way up.  The one thing that has kind of helped though was my persistence and ability to jump into situations that were scary and intimidating knowing no matter what I would get through it.

I've been to so many studios and it always feels like a trial by fire. Nothing really prepares you, but I would say ALWAYS ask for help or more information when you need it. You don't have to say, "I don't know" but maybe "Let me get clarification and I'll get back to you with a solid answer." More importantly, don't pretend to understand when you don't. You'll either end up in a very difficult situation or people will see right through you.