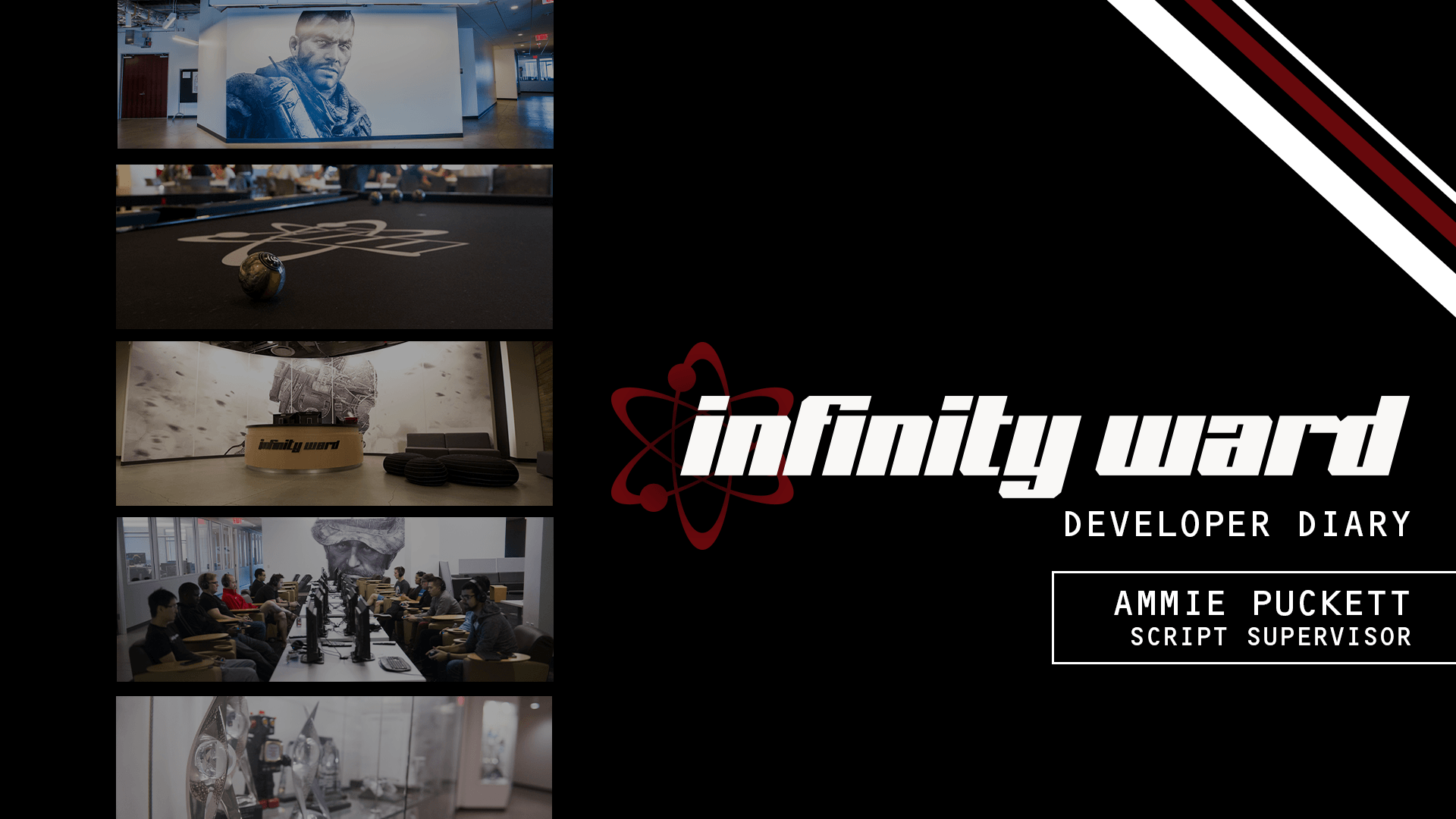 In this week's Developer Diary, we meet Ammie Puckett - Script Supervisor. Read on to find out more about her role here at Infinity Ward, her recent travels and some advice for those interested in the video game industry!

As Script Supervisor, organization is what it is all about. I track all dialogue in the game. Knowing what scenes and scripts need to be recorded or changed for motion capture shoots, voice over sessions etc.

I joined Infinity Ward at the end of October 2019 during the week that Modern Warfare was launched. It was very exciting to start the week of launch.

I had never planned on working in video games, and just kind of fell into it. Naughty Dog was my first job and I was there for 19 years. IW is my 2nd game company.

When not at the studio, I love to bake. A few years ago, I won best tasting cupcake at a Cupcakes for Cancer benefit. I also got into running 5k’s a few years ago and have run races in the US as well as Scotland, Vancouver & Iceland while traveling.

What is a recent piece of work that you are most proud of?

Warzone is the first project that I’ve worked on for IW. It’s been super cool to see how much the fans are loving what the team created.

I sort of fell into working in video games, so always have a hard time giving advice about getting into games. I would say going to video game conferences and meeting with company reps. A lot of companies are also sending out recruiters to college campuses. Another great way to meet and get your foot in the door. Be persistent.

Being able to stay organized like it’s second nature is helpful. Everyone has their own way of doing things. And if you can see an organized path through everyone’s craziness, you’ll do great!

When I got into games over 19 years ago, I was amazed at how big this industry was. And now, it still amazes me how much the industry has grown even more since then.  As well as, that my skill level for playing games did not grow over the 19 years. Lol I still can’t aim, shoot & keep the character moving at the same time. :)