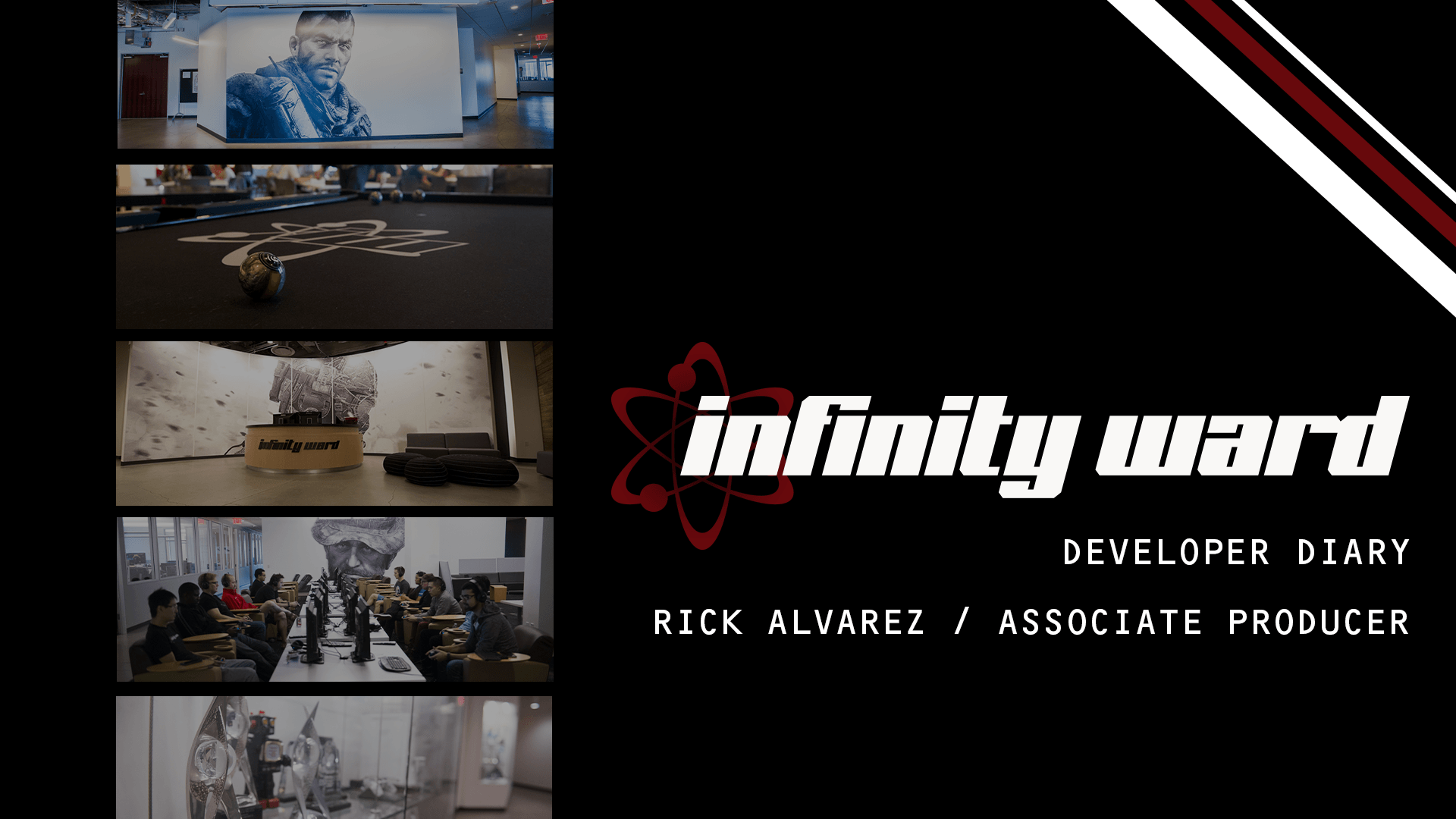 This week, we will be chatting with shoe-collector Rick Alvarez to explore what makes him tick and what he does as part of the Infinity Ward team.

My name’s Rick Alvarez. I’m an Associate Producer for the Multiplayer Design team. I help manage MP Feature development for things like Killstreaks and Game Modes. I also make all the playlist updates and come up with clever names like “Shoot the Ship.” Prior to becoming a producer, I was the Multiplayer QA Lead for Ghosts and Infinite Warfare.

I started at IW in March of 2011 (I guess it’s been a while…). Before that, I worked for 2K games. And before that, I was attending UCLA, studying Biochemistry. My parents still ask if my med school applications have arrived yet.

I’m a shoe collector, with about 85 pairs in my current collection. I started in college during the Pink Box era with a pair of black Dunk SB Avengers (look ’em up!), and I’ve been hooked ever since. I also like to build Gundam models. I keep a few of my favorites in the office (00 Raiser anyone?), and there’s a Perfect Grade sitting in box under my desk. I’ll get to it someday, I swear. I got an airbrush a year ago so I could start painting them, and I recently started learning how to do custom panel scribing. So many cuts…

Tell us about a recent piece of work you are most proud of.

My first assignment as a producer was the killstreak system for Modern Warfare. The work done by the MP Design team and Vehicle, Weapon, and Character Art teams was incredible, and I’m still pumped to see what they were able to create. Have you seen the Juggernaut?? I know you’ve seen the VTOL.

What advice would you give to someone wanting to get into Production?

Don’t be afraid of starting in an introductory position in games. Game development is an atmosphere of learning and sharing, so if you’re willing to put in the effort, you’ll get opportunities to learn just about anything. Production roles like mine benefit from familiarity with planning and scheduling, but there’s major value in learning how a game company operates from the ground up. And it’s always fun to stop a designer with “you know, you had lots of bugs when you did it that way last project…”

There are SO many different jobs in game development. I entered the industry with a limited understanding of everything involved in getting a game on shelves. There are scripters and engineers, but even those break down into specialties. There are marketing and communications teams, and there are even teams whose role is bringing the game to pre-release events with pro gamers and athletes.

Stay tuned next week, when we have a conversation with Brian Baker about Level Design and check out his process of blocking out levels early as well as a peek into the birth of Gunfight.