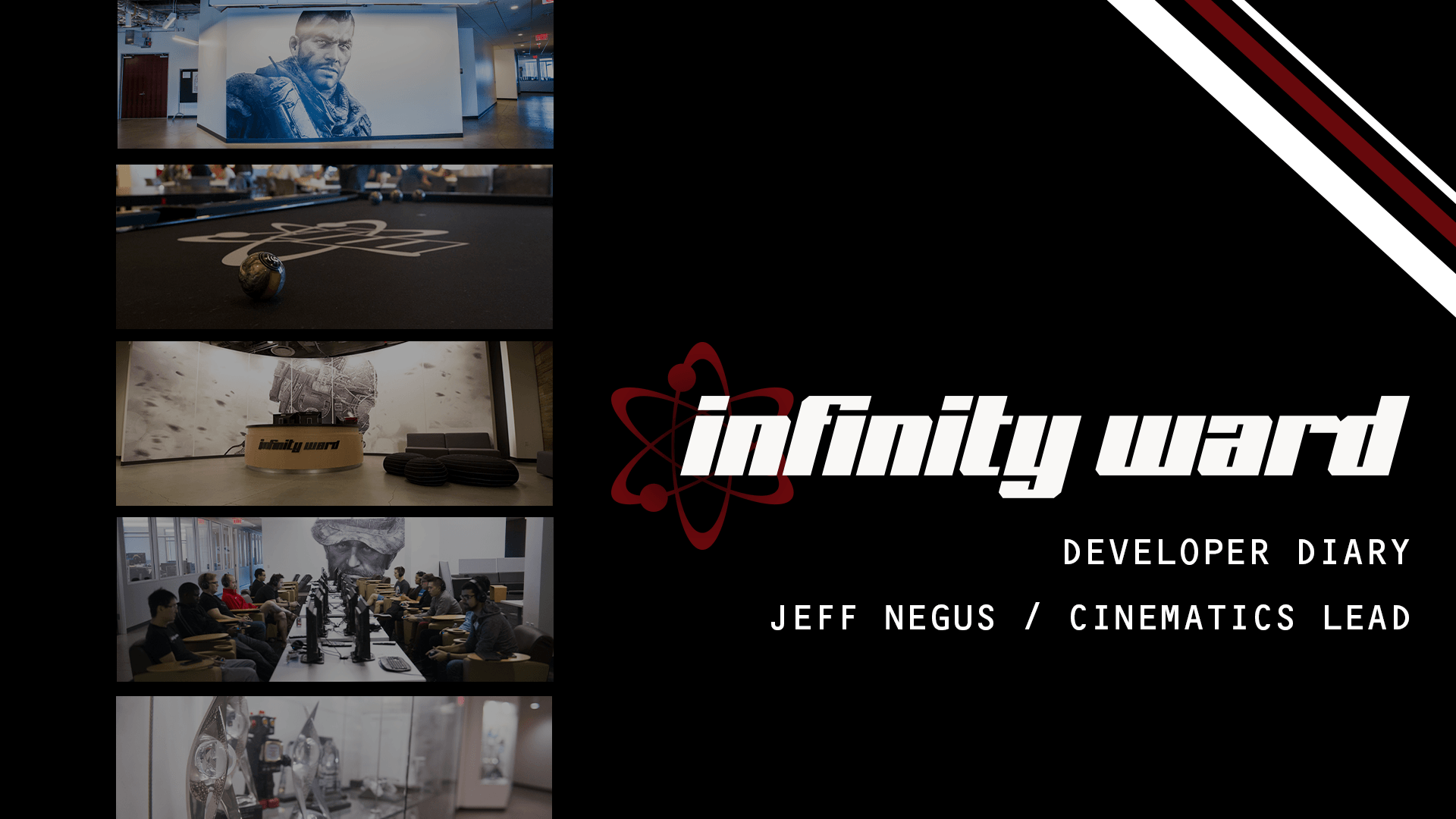 It's an enormous team effort to create Call of Duty: Modern Warfare and we're excited to kick off a blog series that highlights various team members at Infinity Ward! Follow along as we highlight and celebrate members of the development team and talk about some of their recent work, how they got into the games industry, and advice they'd give those who are interested in a career in game development!

This week, we'll be talking to Jeff Negus, Cinematics Lead!

Who are you and what do you do at Infinity Ward?

Jeff Negus, the Cinematic Lead at IW. I work in the Narrative department mostly as a cinematographer/editor; I previsualize all of the non-interactive cinematics in the game, shoot the cinematic scenes on the mocap stage with the actors, and guide/produce the scenes into their final form. I help come up with the way the non-interactive portions of the game feel and are executed.

When did you join IW? What did you do before hand?

This is my 5th year with IW. I previously worked in the film industry as a production assistant and assistant director before joining Naughty Dog in 2009 as QA. I ended up moving over to capture and creating trailers and behind the scenes videos, working there until 2014 when I was offered the cinematographer/editor position at IW.

What do you like to do outside the studio in your free time?

Movies are my passion, I love to catch everything I can and create my own. I love to create music, play video games, travel, and shoot photography.

I’m extremely proud of the cinematics in the Modern Warfare campaign. We poured as much love and care as we could into them and I’m super proud of the final result.

What advice would you give to someone wanting to get into a similar role in Cinematics?

I’d say staying open minded and trying to learn everything you can is the best thing you can do. Creating a diverse skill set is a great way to make yourself indispensable. Working hard and having a positive attitude goes a long way, as well as being willing to think outside the box to find creative solutions. Be yourself.

Had I known I’d end up in games, I’d have taken some classes on game design or code. There is so much to continue to learn!