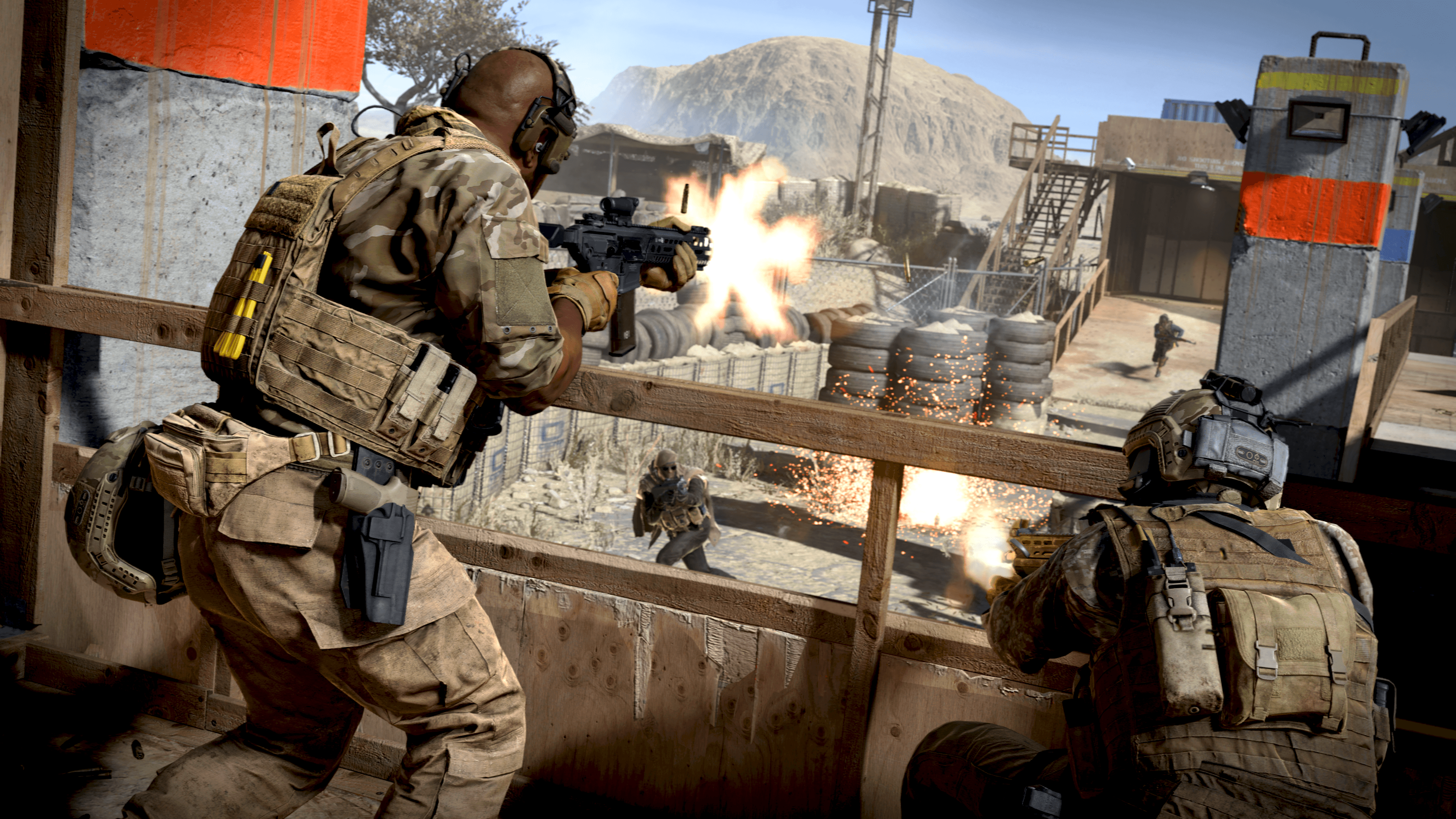 We’re only on day two of the 2v2 Gunfight Open Alpha on PS4 and the response we’ve received from you, the community, has been incredible. Your feedback and suggestions are being heard by everyone at the studio, so thank you and please keep them coming!

And let’s not forget that Gunfight is only a small slice of what our Multiplayer experience has to offer, so every Tweet, comment, post, and video you make helps us make the game that much better as we march towards the Multiplayer Beta coming in September.

Now, back to the Alpha. We know there’s been some confusion around whether or not you’ll need to preorder the game or have PlayStation Plus in order to download and play in the Alpha. To answer simply, nope! The 2v2 Gunfight Alpha is FREE and open to anyone who owns a PlayStation, no strings attached!

With that, we’re excited to share several updates based on your valuable feedback and bug reporting, so let’s jump in with some fixes and new content we’re adding to the game TODAY.

Fixes That Are Currently Live:

This doesn’t begin to cover all of the feedback you’ve sent us of course, but here are some updates on a few we’ve frequently been seeing.

We aren’t done yet! As we roll into the weekend, we’ll be adding yet another new map and a Gunfight variant into the rotation!

The rules are the same, but this time you’ll only spawn with a pistol. Weapons, lethals, and tacticals are randomly spread in the map, so you’ll need to pickup your loadout as you fight to stay alive!

Again, THANK YOU. We’re thankful to have a community that is so passionate about what we’re doing, and we couldn’t be more grateful to have you with us every step of the way. We’ll continue to update you with known bugs and planned fixes each day during the Alpha, so please be sure to check back for more information and follow us on Twitter, @InfinityWard, where we’ll be sharing your best clips, answering questions, and more.